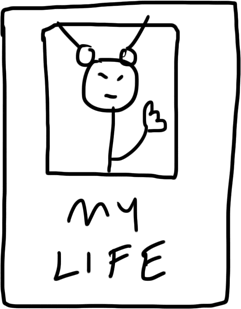 Ann Marie’s graduating film from Emily Carr College of Art and Design, You Take Care Now (1989), was ranked among the Top 10 short films in Canada’s 150th Essential Cinema. Blue Skies (2002) and New Shoes: an interview in exactly 5 minutes (1990) both won Best Canadian Short Film Awards at TIFF. Her filmography includes such acclaimed short films as I Was a Child of Holocaust Survivors (2010), Big Trees (2013), and the animated web-series My Place (2009) for Discovery USA’s Planetgreen.com. Ann Marie adapted her 2003 award-winning animated documentary The Magical Life of Long Tack Sam into a graphic novel, which was nominated for two Eisner Awards in 2007 at San Diego’s Comic-Con International as well as being listed on the American Library Association’s Top Ten List for Tens. The Magical Life of Long Tack Sam also won the Doug Wright Award for Best Canadian Comic.

In 2018 Ann Marie created the portrait A Short Film about Tegan and Sara, for the Governor General Awards, highlighting their advocacy work in the LGBTQ community, and in 2019 made on Question Period, a short film that gives a window to the thoughts and voices of a group of recent Syrian refugee women as they negotiate their life in Canada. Two short films, “Vancouver April 2020” and “Old Dog” are coming out in 2020, the year of the pandemic.

She is currently working on two projects. “Can I Get a Witness?” is a live-action/animated feature that takes place in the near future, where the world’s population collectively agrees to end life at age fifty to end poverty and save the planet. “Shanghai Follies” is a story that takes place in the near past- a fictional version of her acrobatic families mixed race history in the 1930’s. If you ask for her c.v. you can see where her poems have been published and her art installations have hung. What you won’t see is that a thousand years ago, she was an amateur stand-up comic.